It’s been a terrible year for most stockmarket investors. US stockmarkets have had a particularly torrid time. At the time of writing, year to date (YTD) figures show that the Nasdaq Composite is down 28.72%, while the S&P 500 is down 16.04% YTD. The Dow Jones Industrial Average fared better, but YTD is down 6.54%.

Even though the United Kingdom (UK) has not been immune to volatility this year, given the Ukraine/Russia war, escalating inflation and political instability some of its indices have had a calmer period compared to their American counterparts.

But the UK’s FTSE 100 and FTSE 250’s performance needs to be reflected in context, which is that it reflects the relatively high weights of energy/commodity companies within those indexes. These include Shell, BP, Glencore and Rio Tinto. All of these companies have (in some way) benefitted from the war in Ukraine, commodity prices, and the fact that the majority of them book revenues in US dollar and have benefited from the weakening pound.

Are we at the bear market bottom?

Some argue that the London markets appear to have dodged the bear market. However, the US indexes have borne the brunt of all the global instability. The overall outlook – even in emerging markets – doesn’t look good either. Globally, equity markets are down more than 17%.

But is this a bear market crash by definition? Or a simple correction?

While there are some signs of a bear market some theorise that we haven’t seen all the signs yet and have therefore not seen the bottom of it.

Historically there are several signs that point to the bottom of the bear market. These include rising high interest rates that push equity prices down forcefully – by 20% or more (much in the way a bear attacks its prey), a decline in economic activity, growing economic uncertainty and a panic from investors who withdraw from riskier assets. This is often followed by severe investor pessimism.

Could we hit rock bottom?

The short answer to this question is ‘we’re not sure yet’. If you were to look at the performance of equity markets this year the trajectory is once again on the up (see black 2022 line in the chart below). Compared to other stockmarket dips, it appears we may have come out of it only bearing the brunt of a correction.

None of us can predict the future, but factors like inflation, monetary policy and growth may still have some way to go before we can say we are out of the storm. This is despite the fact that we’ve seen some positive signs lately especially with US inflation calming. Overall it is good news for investors looking for bargains.

There’s still much that could go wrong. We could, for example, still see a major liquidity event such as a country defaulting. There are real concerns about China defaulting as its property development industry has run into several problems thanks to building delays, which are in part due to stringent Covid lockdowns and lack of investment in its real estate sector. As developers struggle to complete new builds, some consumers are boycotting mortgage payments and this has caused much uncertainty in the industry.

There’s still a lot of concern for markets over the war in Ukraine and Russia. There appears to be no end in sight when it comes to the fighting. Most of what occurred in the year between the two warring countries has already been priced in, but further energy price shocks, ongoing supply chain problems and cyber security risks could cause more turmoil in markets.

All these factors need to be considered when expanding our exposure to equities to take advantage of relatively cheap prices and an eventual rebound. The situation is very fluid and we will continue to assess our view.

Should you buy in a bear market?

We’re not convinced that we’ve achieved the true definition of a bear market just yet. It’s probably more of a correction. The charts below of US equities vs developed markets excluding US and the MSCI World performance chart (which highlights what’s happened in markets since 1979) shows us that the severe drop this year was a temporary one and that markets are now on the upward trajectory. 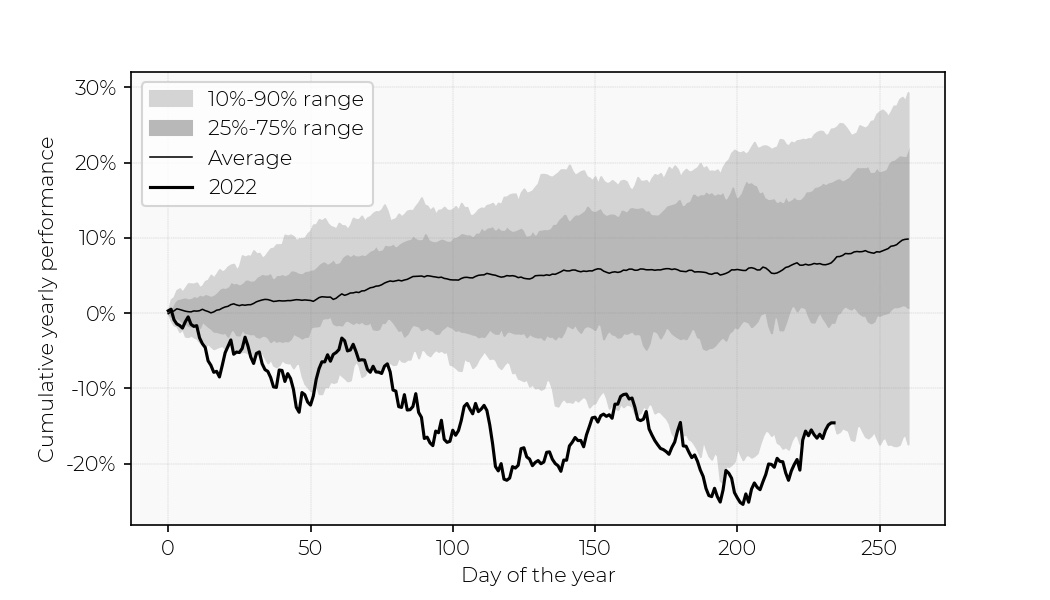 But for argument’s sake if things started to turn down even more and we end up in a full bear market, the short answer to whether households should invest is: “Yes!”. While a bear market may make you want to sell your shares to get out of a downward spiral it’s the wrong time to do this. This is because during a bear market, where everyone is panic selling, there is usually a good opportunity to get a bargain. Remember what Warren Buffet said about investing ‘be fearful when others are greedy and be greedy only when others are fearful’. 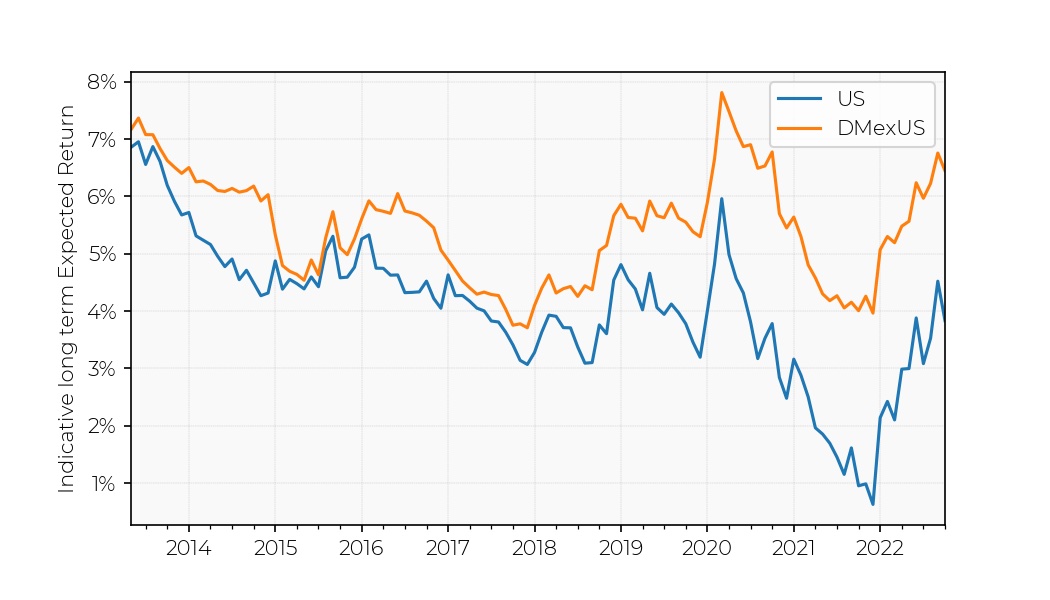 the very bottom of its cycle. To make a good profit from a bear market you’d have to leave your money in for the long term, ride it out and cash out when the bull market returns.